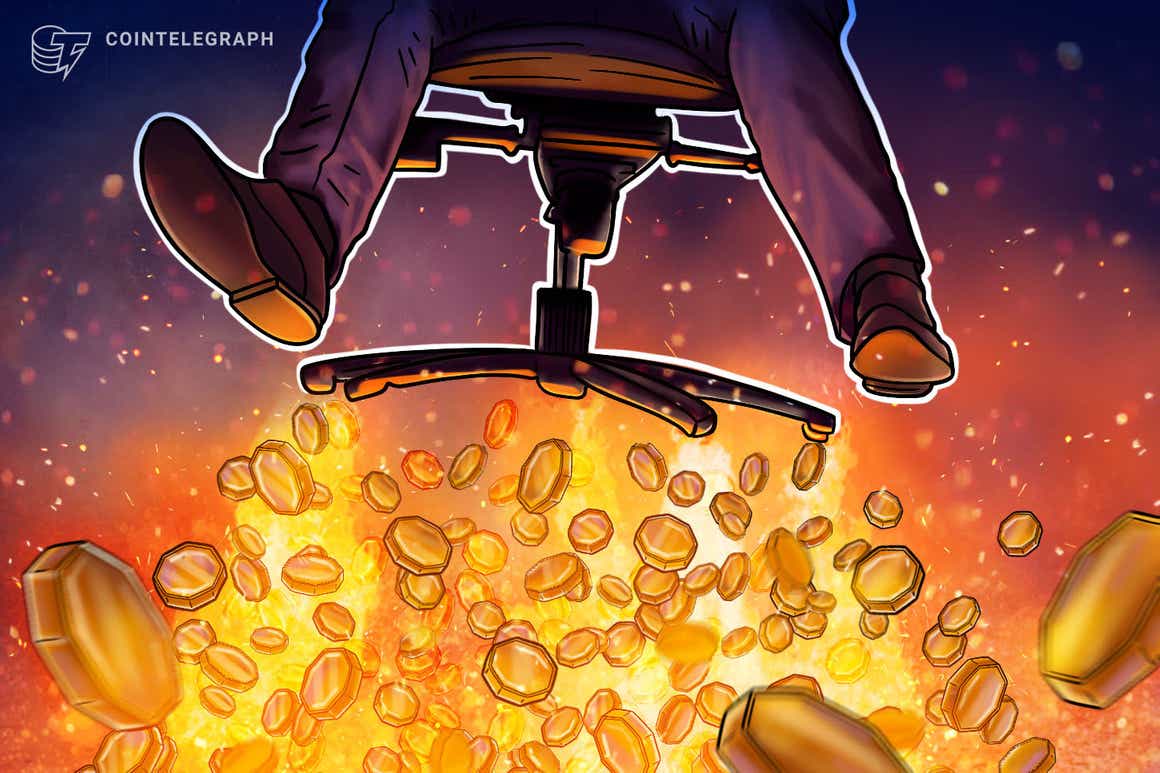 Since launching in 2018, Axie Infinity has amassed over 2 million daily active users (DAUs) and its decentralized exchange, Katana has a market cap of $5.5 billion, but this growth has not come without challenges.

Axie Infinity’s in-game token, Smooth Love Potion (SLP) decreased nearly 93% from it’s all-time high in July 13, 2021 of $0.39 as it faces uncontrollable inflation. As such, the team has announced it will significantly remove SLP issuance from the game, making it harder to farm.

Gamers and guilds will in turn focus their attention on their strategic competitive edge and the potential increase price of SLP will inevitably result in the increased price of Axies as the cost to breed would increase all the same.

According to data, SLP’s emission is over four times greater than the amount of tokens being burnt, which has resulted in its price plummeting to less than a cent in the last 7 days. However, the Axie Infinity team is tackling the economic imbalance with in-game modifications set to launch today at the start of Season 20.

Since announcing its plans of economic rebalancing, Axie Infinity’s AXS governance token and its blockchain token, RON, have seen an uptick in price. Since the season went live, SLP is up nearly 24% in the last 24-hours.

Scaling and finding balance amid rapid growth is no easy feat, but could these economic rebalances prove to be profitable for users?

Starting on Feb. 9, Axie Infinity will no longer issue SLP for users playing in adventure mode and it will no longer reward users who have completed the daily quest. By removing these methods of token emission, the team is reducing the number of SLP minted daily by roughly 175 million SLP.

These two issuance mechanisms make up nearly 84% of the SLP created in the game, with nearly 14% minted by players completing their daily quests, according to Axie Infinity’s economic development.

Based on these estimates, over 250 million SLP is being minted daily and only about 40 million is burned as the demand for breeding Axies has decreased since players and breeders are still awaiting a new battle version called Origins.

By removing significant portions of SLP rewards Axie Infinity will be allocating to players daily, the team aims to refocus players’ attention to the competitive nature of the game. As such, the team has increased the rewards for its leaderboard and now the top 300,000 players will be able to win AXS as opposed to previously awarding only the top 1,000 players.

By increasing the allocation of AXS awards to players, the team intends to reward approximately 117,676 AXS, valued at over $7 million at the current price of AXS.

In doing this, Axie Infinity is distributing a significant amount of its governance tokens which benefit players for staking, breeding, and farming RON.

The sudden drop of SLP emissions is not only a shock to the system, but to its players because many have been making similar recommendations for months. It remains unclear whether or not these changes are sustainable for economic growth, but players have been making their judgments

Related: 5 NFT-based blockchain games that could soar in 2022

Players will decide whether the economic adjustments are effective

Beyond its economic balances and tokenoimcs modifications, the team is also adamant about improving its overall communication and has since taken action. The Axie Infinity team acknowledged the community’s sentiments regarding the overall lack of transparency and the fact that these economic issues could have been addressed much sooner.

On Jan.14, the team made a call-to-action for the community to make suggestions on ways to assist with the economic balancing and forthcoming changes.

In response, players, investors, and content creators have taken to Twitter to express possible outcomes regarding the economic balances, with some still unclear, but hopeful, on how this may impact DAUs.

3/ We all knew this change was coming. Looking at the numbers it’s no surprise given how much excess SLP is being minted. Two questions are what will it do to the # DAU and how could that play a part in total SLP minted?

At the surface it may appear that the bid to restore P2E viability may negatively impact those who are running scholarships as the issuance of SLP has drastically decreased. However, since the development went live, the demand for teams for members to play has also increased.

It’s still unclear how these changes will impact teams in the long-term, especially as future changes and developments are slated to take place, but it could be the long-term adjustment Axie Infinity needed.

While these economic changes are paramount in mitigating SLP inflation, only time will tell how existing players respond to these changes and how new entrants saddle up for the challenge.

EU Parliamentarians Push to Limit Bitcoin Use Over Energy Concerns