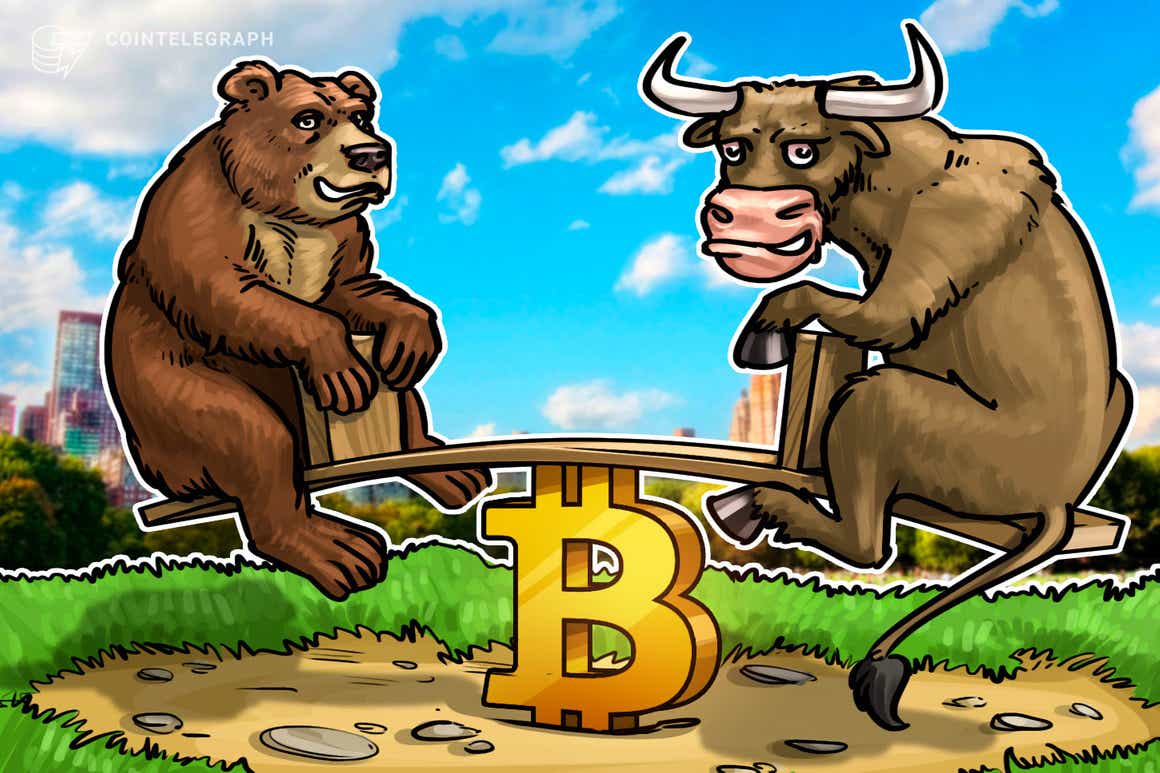 Bitcoin (BTC) hovered near $43,000 on Jan. 17 as “boring” price action combined with signs that the market could be stabilizing.

Data from Cointelegraph Markets Pro and TradingView showed BTC/USD staying firmly within its established trading range between $40,000 and $45,000.

With few surprises expected thanks to the Wall Street holiday, traders took the opportunity to call for a level-headed approach on focus on altcoins.

Bitcoin is down a few hundred dollars! Quick, someone come up with a narrative for this incredible crash and spread it around the media and twitter!

(This is sarcasm, nothing is happening, Bitcoin is sideways and boring)

Popular analyst William Clemente meanwhile highlighted Bitcoin bouncing along an ascending trendline this month, this soon to approach a turning point as part of a wedge construction.

“Should be an interesting week,” he forecast.

Beyond spot price, data showed that market composition still employed near all-time high leverage, this only just beginning to reduce in week two of January.

Such leverage prevalence previously sparked concerns that a liquidity cascade could be made all the more real, with a significant move up or down hitting traders.

“The highly increased leverage ratio of Bitcoin that since some days remains at an all-time high is showing concerns that a massive volatility increase will follow up,” commentator Vince Prince warned on the day.

“Technically if Bitcoin breaks the $40,000 level this will trigger a big chunk of stop-losses.”

Cardano stands out among altcoins

On the topic of altcoins, meanwhile, some moves diverged from the flat performance seen more broadly.

The top 10 cryptocurrencies by market cap were led by Cardano (ADA), which conspicuously bucked the sideways trend to post daily gains of almost 9% at the time of writing. This placed ADA/USD at a three-week high.

“Last weeks the sentiment was comparable to a graveyard and expectations were that it would go south. Now, the sentiment is switching and the hype is getting back in.”

Further down, Litecoin (LTC) managed 4.5% gains in some brief respite for hodlers.

Litecoin’s friend intervened, told him life was worth living and said “think of your family.”

Litecoin said “NOT TODAY” and stepped back from the ledge.

Another bounce at strong support. A break of the blue resistance should send this flying. Not there yet. https://t.co/CvJtodHwNB pic.twitter.com/VOC5psrUhF

“Another bounce at strong support. A break of the blue resistance should send this flying. Not there yet,” trader, analyst and podcast host Scott Melker added about the LTC/USD pair.

Ukraine has received $37M in tracked crypto donations so far