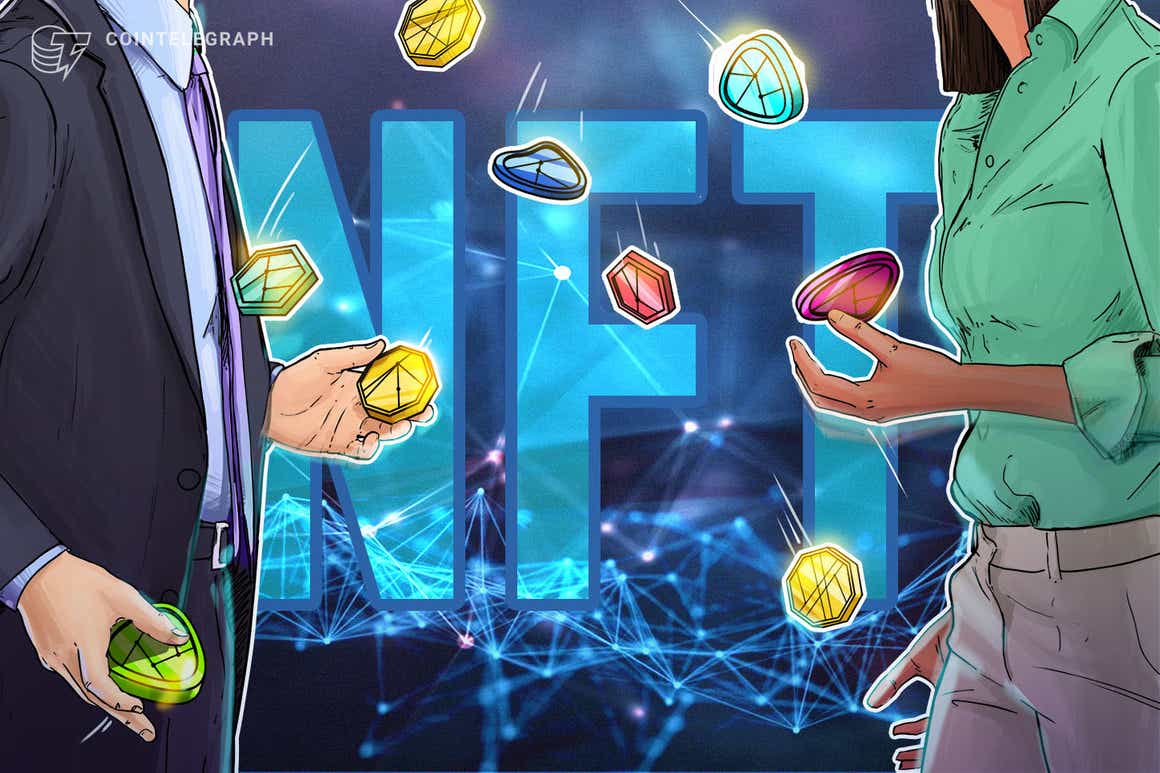 LooksRare made its debut on Jan.10 and the recently launched NFT marketplace has drawn a lot of attention, not only because its daily trade volumes were more than double Opensea’s on the second day of trading, but also because it has become the new playground for wash traders.

Wash trading is a series of trading activities involving the same trader buying and selling the same instrument simultaneously, creating artificially high trading volume and a manipulated market price for the asset in play.

In the United States, wash trading in traditional financial markets has been illegal since 1936 and the most recent highly publicized scandal related to wash trading is the manipulation of LIBOR in 2012.

While wash trading has been highly regulated and closely monitored by exchanges and regulators, it seems to have found its new path in the unregulated crypto space and especially in NFT marketplaces like LooksRare.

A community-owned marketplace is a double-edged sword

LooksRare started with good intentions to share profits within the community. The token incentives and the trading rewards were essentially the secret weapon that attracted high volumes and beat Opensea in light-speed fashion right after its launch, but these same factors have also become the very weapon wash traders are using to flood the marketplace.

LooksRare appears to have foreseen the possibility of wash trading that could be induced by the lucrative trading rewards, but according to LooksRare Docs, they believed the cost of trading from platform fees and royalty fees would be too high to create any incentives for wash trading. Interestingly, reality shows the opposite.

The graphs above show that daily users and daily transactions from LooksRare are only a tiny portion (2% to 3%) of OpenSea, but the volumes are more than triple or even quadruple OpeaSea’s.

Basically, what the data shows is a very small group of users executing trades worth hundreds of thousands dollars. This surely does not sound like a playground for normal NFT buyers. With a 2% platform fee, royalty fee and the volatile gas fee from the Ethereum network, wash traders seem to still be able to find a sweet spot to balance their cost and profit.

Let’s have a look at how wash traders profit from buying and selling the same NFT.

How trading rewards are allocated

The amount of trading rewards a single trader can obtain for any given day is the product of the fixed daily LOOKS trading reward (2,866,500 LOOKS) and the ratio between the individual trader’s trading volume and the total trading volume of the day. Therefore, the more trading volume created by the trader, the more reward they get. This mechanism creates great incentives for large volumes of wash trading.

The largest LooksRare single-day trade volume was on January 19, 2022. By plotting the top 10 wallets traded on that day, two wallets stand out with more than $90 million U.S dollars traded on the day from each one as shown in the graph below. The activities from these two wallets also show back and forth buy and sells between them, which is a clear indication of wash trading.

Most of the time the wash traders choose NFTs with 0% royalty fee such as Meebits or Terraforms so the only costs from the trade are the 2% platform fee and the gas fee. In this specific example, on Jan. 19, the trader bought and sold Loot multiple times using these two wallets at a price around 6,500 times the floor price.

Based on the trading reward allocation and assuming the two wallets belong to the same trader, the total trading volume from this trader on Jan. 19 was $186 million; the trading reward earned from the trades is $6.2 million and the fee paid is $3.7 million (using $4.9 as LOOKS market price and 2% platform fee), resulting in a net profit of $2.5 million, which is 1.34% of daily return or equivalently 12,661% of annual return.

Most trading rewards on LooksRare go to the wash traders

A large portion of the rewards go to a small number of wash traders. This does not exactly follow LooksRare’s philosophy of “By NFT people, for NFT people.” Sharing the profit within the community seems to have failed so far and the lion’s share of the profit only goes to just a few traders.

As Delphi Digital correctly pointed out, this model is unsustainable in the long-term and the trading volume is likely to drop significantly as wash traders gradually leave when it is no longer profitable.

LooksRare still has a long way to go to compete with OpenSea in terms of number of users and non-zero royalty NFT trade volumes. It will be interesting to see how the dynamic changes when the trading reward reduces by half in Phase B starting on Feb. 10, 2022.

Winter is coming! Here are 5 ways to survive a crypto bear market