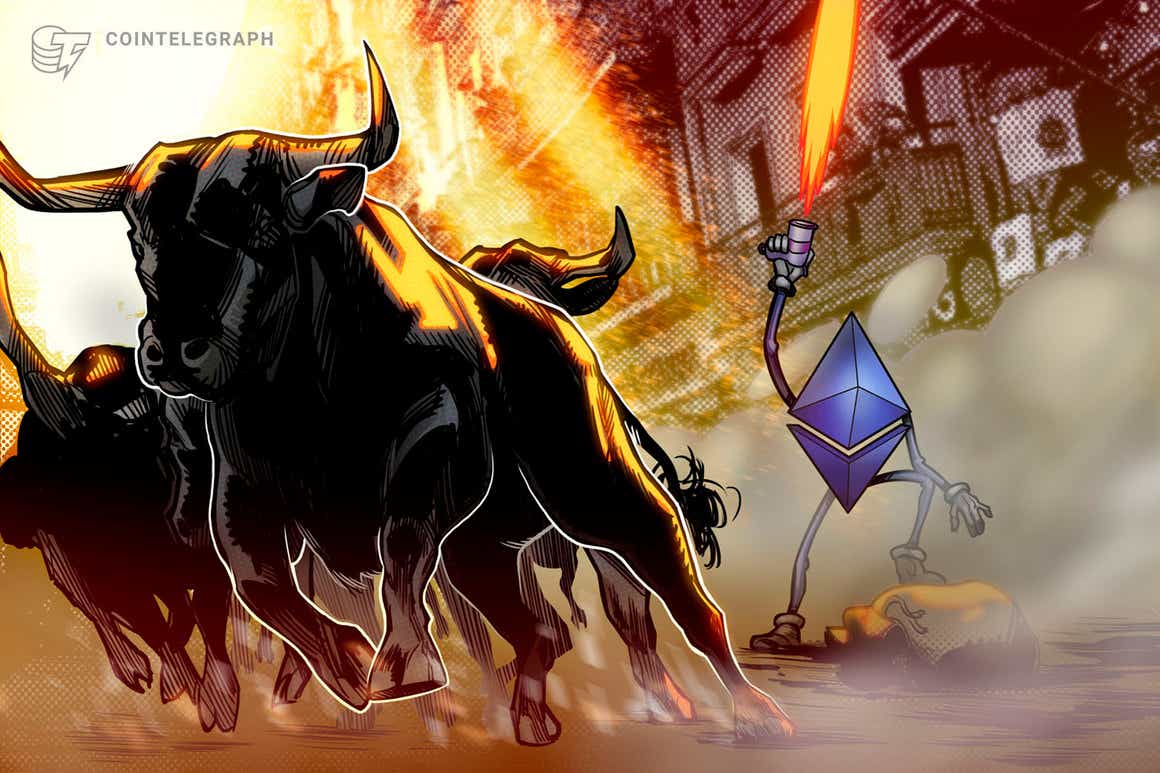 The dire predictions calling for the onset of an extended bear market may have been premature as prices appear to be in recovery mode on Jan. 26 following a signal from the U.S. Federal Reserve that interest rates will remain near 0% for the time being.

After the Fed announcement from, prices across the cryptocurrency market began to rise with Bitcoin (BTC) up 4.11% and making a strong push for $39,000. This sparked a wave of momentum that helped to lift a majority of tokens in the market, but at the time of writing BTC price has pulled back to the $37,000 zone.

Data from Cointelegraph Markets Pro and TradingView shows that the top smart contract platform Ethereum (ETH) also responded positively to the rise in bullish sentiment as its price climbed 8.11% on the 24-hour chart to hit a daily high at $2,723.

Here’s a look at what several analysts in the market are saying about the price action for Ethereum and where the top altcoin could be headed in the short term.

Ether had a “nice 12% bounce” from the recent lows

Short-term analysis of Ether’s price action was provided by crypto trader and pseudonymous Twitter user ‘CryptoAmsterdam’, who posted the following chart outlining one possible path the price of Ether could take in the near future.

After noting the “nice 12% bounce” in the price of Ether “since the flip,” CryptoAmsterdam gave the warning that they “wouldn’t chase the green here.”

“Will look for a potential short-term flip of bias if we get back under the lower time frame range high and break that little trendline.”

A bottoming pattern on the Ether chart

Further insight into the state of Ether was offered by options trader and pseudonymous Twitter user ‘John Wick’, who posted the following chart highlighting the formation of a bottoming pattern on the Ether chart.

“Ethereum showing the same bottoming pattern trying to break out of the resistance zone. Needs to see more upside from BTC to breakout.”

A final bit of analysis on key levels to keep an eye on moving forward was shared by crypto trader and pseudonymous Twitter user ‘TheCryptoCactus’, who posted the following chart outlining a key support and resistance zone, as well as an area of heavy accumulation.

According to TheCryptoCactus, those that “longed the bottom” are in a good position for an “easy hedge” at these levels, but the trader cautioned that what is needed next is “to get a valid support/resistance flip of $2,850.”

“Personally, would rather wait till we flip $3,000 into support again and then just ape a huge position.”

Bitcoin Stuck Below $30K as Buyers Remain on Sidelines