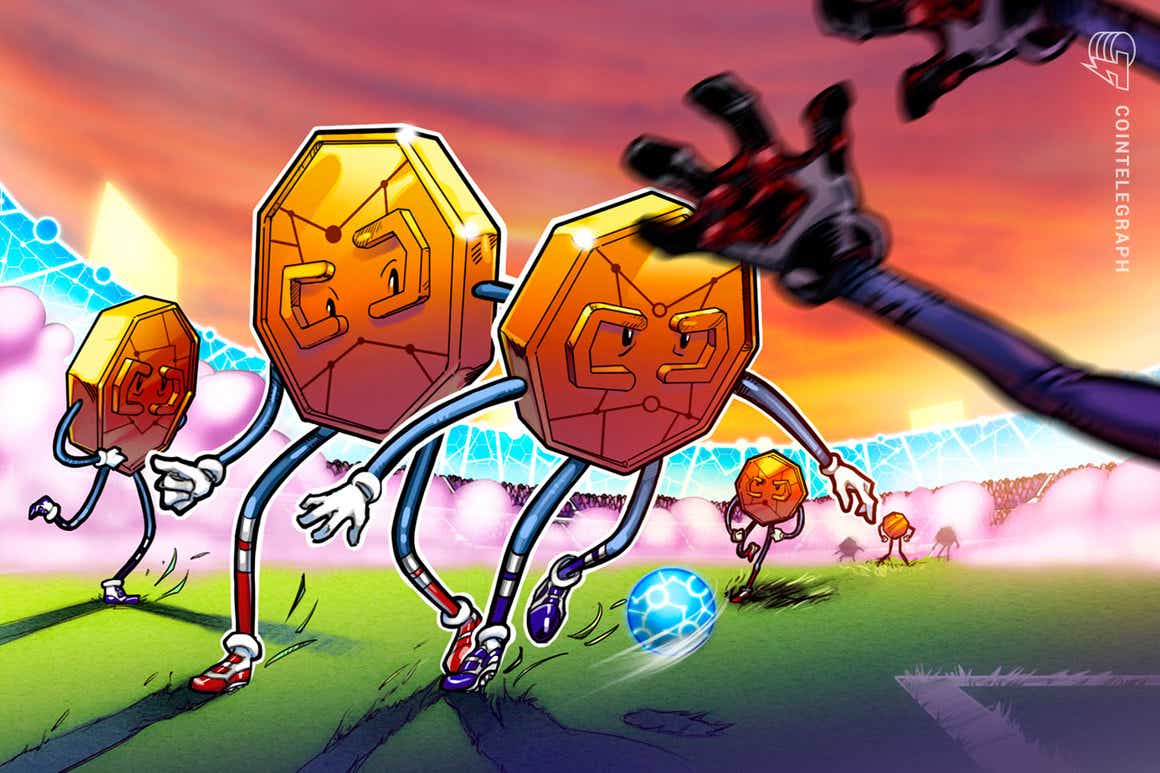 Nonfungible tokens (NFTs) continue to see increased utilization as the possible applications of the technology have begun to be recognized in sectors ranging from sports entertainment to real estate.

One subsector of this market that has seen a spike in momentum on Feb. 28 are fan token projects, protocols that allow their holders to participate in the governance of their favorite sports brands and receive specialized NFTs and other unique redeemables.

Data from Cointelegraph Markets Pro and TradingView shows that the three biggest gainers over the past 24-hours were FC Barcelona Fan Token (BAR), AS Roma Fan Token (ASR) and Atletico De Madrid Fan Token (ATM), which are all fan tokens that are part of the Chilliz (CHZ) protocol.

Three reasons for the spike in the price of these fan tokens include a partnership between Socios and the Union of European Football Associations (UEFA), the increased attention on football as World Cup qualifying matches are ongoing and the popularity of NFTs being combined with the most-watched sport on the planet.

A recently announced partnership between UEFA, the governing body for European football, and Socios, a protocol that focuses on the creation of fan tokens, could be one driver of the current rally.

The partnership is currently contracted through 2024 and establishes Socios as the regional sponsor for the Champions League, which is the most well-known competition held by the UEFA.

We are thrilled to announce that UEFA Club Competition Fan Tokens are coming to the Socios App.

Fan Tokens will be exclusively available for free to Fan Tokens holders of clubs participating in the @ChampionsLeague, @EuropaLeague & @europacnfleague.#BeMoreThanAFan pic.twitter.com/dKiwHGoznR

Through this collaboration, Fan Tokens will be made available for free to Fan Token holders of clubs participating in the Champions League as well as the Europa League and the Europa Conference League.

Club fans who hold Fan Tokens have the opportunity to win VIP experiences or free NFTs that drop during live gameplay as long as they are holding their tokens on the Socios app.

A second reason for the strength seen in multiple Fan Tokens is the ramping up of football season and the building excitement for the World Cup which is scheduled to start on November 21, 2022.

The football season typically runs from August through May, meaning that the season is three-quarters of the way complete with teams and their fans now looking towards any possible championship matches.

Excitement for football is also on the rise as qualifier matches for the World Cup are currently ongoing ahead of World Cup 2022 which is scheduled to take place in Qatar from Nov. 21 to Dec. 17.

Football is the most popular sport on the planet which makes it ideal for the application of Fan Token technology to better engage with fans and offer a new era of sports memorabilia.

The rising popularity of NFTs

A third factor helping boost Fan Tokens has been the overall popularity of NFTs, which continue to gain traction on a mainstream level as new use cases arise.

Sports collectibles have long been a hallmark of various sectors of the market ranging from cards to in-game equipment signed by the players who used them.

As digital technology continues to integrate into all facets of daily life, it is now making its mark on the collectible world through the creation of one-of-a-kind digital items that are stored on the blockchain.

Be the only fan in the world to own the physical & digital version of the shirt Mislav Orsić wore against West Ham.

With Fan Tokens, holders can now receive NFTs created in real-time during live matches and in extremely limited quantity, providing a never-before-seen level of rarity in sports memorabilia recorded on a blockchain.

What are Bitcoin covenants, and how do they work?