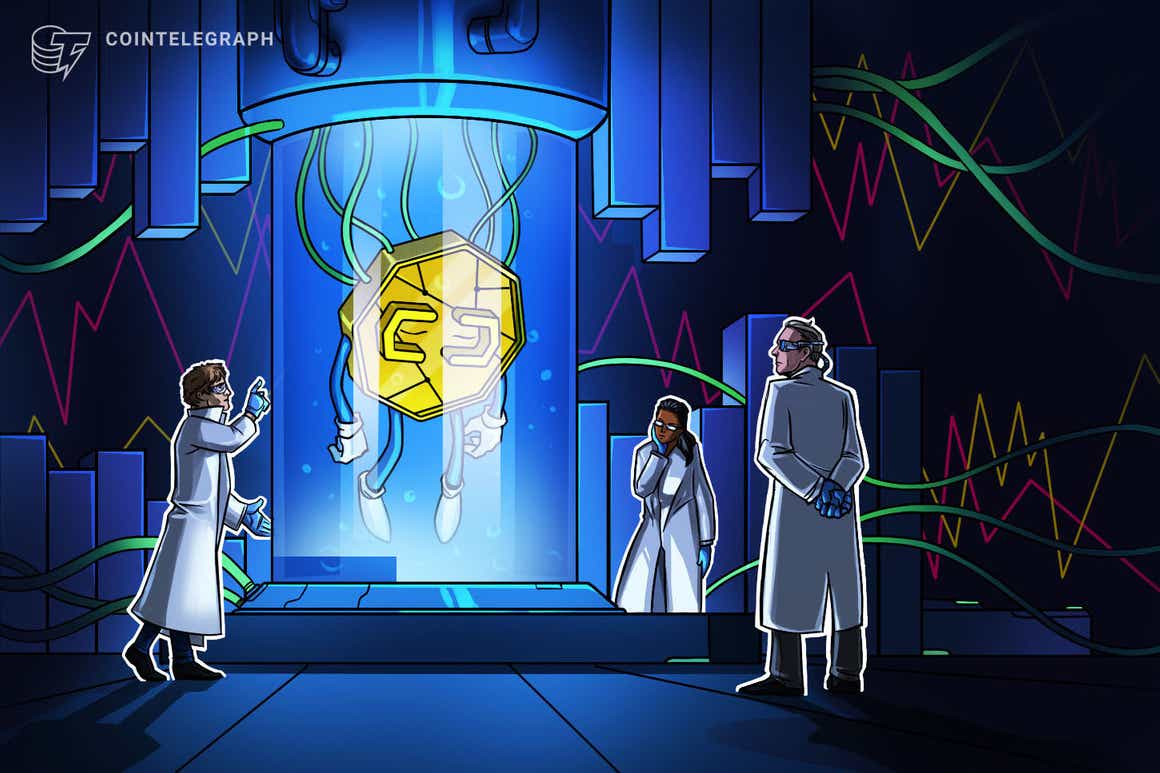 The pain trade has been an unwelcome sight across the cryptocurrency market since the start of 2022 and over the past 24 days Bitcoin (BTC) and the altcoin prices have drifted, leading some analysts to suggest that a bear market is at hand.

Despite traders’ concern that another extended crypto winter could be starting, it times like these when investors can capitalize on great opportunities to pick up fundamentally sound cryptocurrencies at a discount.

In that vein, here’s a closer look at several projects with strong fundamentals and a proven use case that could be good candidates for accumulation during the current market correction.

Polygon saw a tremendous amount of growth and adoption over the course of 2021 because its compatibility with Ethereum and low transaction costs made it a destination for users and protocols that were looking for a way to remain on the Ethereum network and avoid the high cost of transactions.

The network is capable of hosting all manner of decentralized applications including lending protocols like AAVE, decentralized exchanges like Uniswap or gaming and nonfungible token projects like Aavegotchi.

With the capabilities and final date for the rollout of Eth2 still unknown, layer2 solutions like Polygon are likely to continue to see increased engagement as users seek lower-fee transactions.

Fantom (FTM) is a layer-one blockchain protocol that also rose in prominence over 2021 as its low fee environment and Ethereum Virtual Machine (EVM) Compatibility helped attract new users and protocols to the network.

Data from Cointelegraph Markets Pro and TradingView shows that the price of FTM is currently down 36.3% from its December highs and trading at a price of $2.15 at the time of writing.

The bullish case for FTM is backed by the continued rise total value locked (TVL) on the Fantom network despite the market-wide pullback, with data from Defi Llama showing that the Fantom TVL is currently at an all-time high of $12.07 billion.

When compared to competing networks such as Solana (SOL) which has a TVL of $7.62 billion, Fantom holds more value and has not experienced any major network disruptions like Solana,  yet it trades at a significant discount when compared to the price of SOL.

With the current price of SOL standing at roughly $90, the price of FTM would need to be $18.10 to have a matching market cap, suggesting that Fantom is undervalued relative to its layer-one competitors and has the potential to close that gap as 2022 progresses.

Another token that could potentially be in a good accumulation zone is Polkadot (DOT), a sharded multi-chain protocol whose goal is to facilitate the cross-chain transfer of any data or asset types across multiple blockchain networks.

Data from Cointelegraph Markets Pro and TradingView shows that the price of DOT has been on the decline since early November 2021 as the token underperformed its cohort of layer-one projects possibly due to the lack of a functioning bridge to Ethereum.

This all changed on Jan. 11 when Polkadot’s Moonbeam (GLMR) parachain officially launched and established the first cross-chain bridge for the Polkadot network. As of Jan. 24, Moonbeam has processed more than 1,329,000 transactions and supports more than 700 ERC-20 tokens.

As other parachains officially launch on Polkadot in the months ahead, DOT has the potential to see a rise in demand and token price as users look to get involved with the Polkadot network.

When it comes to the increasing importance of the stablecoins in the crypto market, Curve DAO token has emerged as one of the most sought-after tokens by investors and protocols who have been vying for control of governance on the platform.

Even with the drop in CRV price, the ongoing ‘Curve Wars’ suggest that demand for the token is likely to rise once the current weakness in the market subsides as decentralized finance projects attempt to accumulate governance powers over the Curve ecosystem.

At the time of writing, a total of 49% of the circulating supply of CRV is locked in veCRV, the voting token for the Curve protocol.

Related: Does a Fed digital dollar leave any room for crypto stablecoins?

Another protocol that looks to play a larger role in the stablecoin sector is Frax Share (FXS), the first fractional-algorithmic stablecoin system in the crypto sector that began to gain traction near the end of 2021.

The protocol’s FRAX stablecoin has emerged as a fan favorite of the DeFi crowd in large part thanks to its decentralized nature in a field dominated by centralized projects like Tether (USDT) and USD Coin (USDC).

As a result of its adoption, the total volume of FRAX transacted has risen over the past six months and is currently at an all time high of $6.3 billion.

FXS’s bullish momentum is backed by a steadily increasing total value locked, which increased by 30.53% over the past week and 86.9% over the last month to hit a record high of $2.28 billion on Jan. 24. This climb to a record TVL comes even as the prices of nearly every other asset fell across the crypto market.

With FRAX now being adopted across DeFi by users looking for more decentralized stablecoin options, FXS could likewise see an increase in demand and token price as the importance of reliable stablecoin protocols intensifies.

3 reasons why Waves price gained 100%+ in the last week