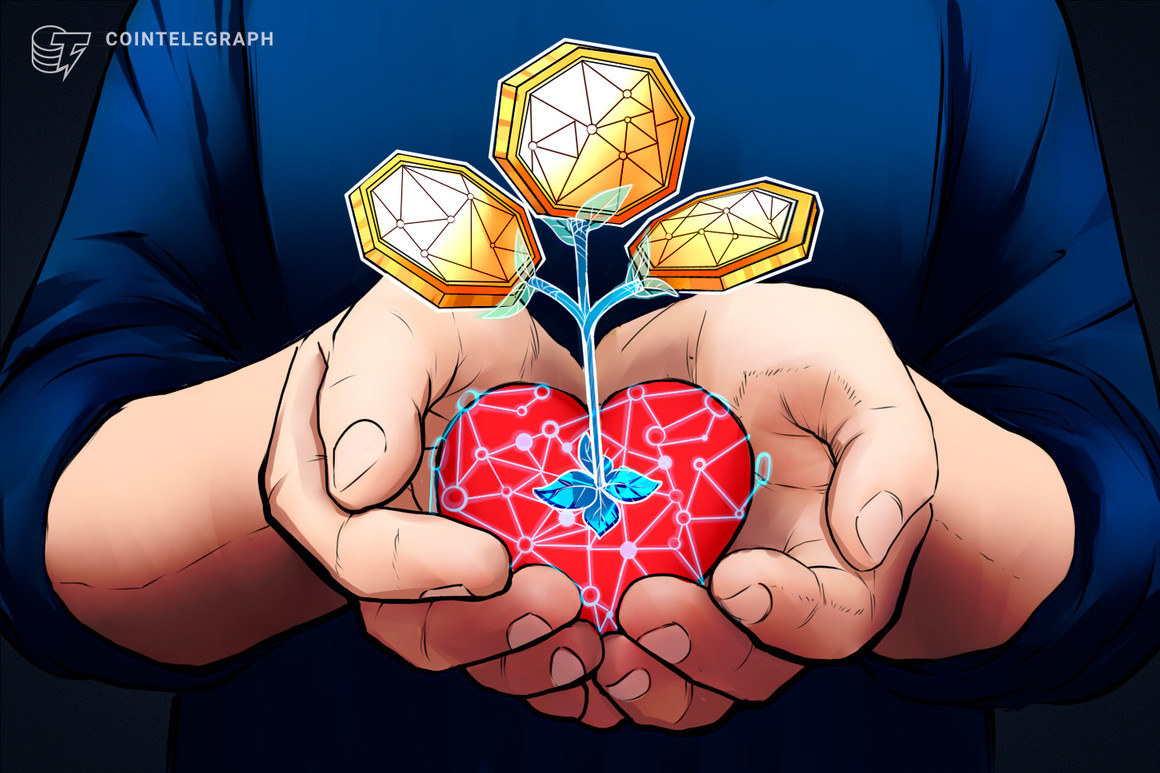 Pennsylvania-based pharmacist Kenneth Kim had always “wanted to do something with crypto” that could “make the world a better place”.

In 2019, he founded what is known today as Crypto for the Homeless (CFTHL), a New Jersey registered non–profit organization, which has fed more than 5,000 homeless people around the world through the use of digital currencies.

“I always had the desire to get involved with some kind of project in crypto… if it made the world better that would be the best possible scenario,” Kim told Cointelegraph.

Whilst he was a pharmacy student at Temple University in Philadelphia between 2018 and 2021, Kim would walk past scores of homeless people just on his route between the campus and his home.

It was also around this time that the new Blade Runner 2049 movie was released, depicting a dystopian future where people are augmented by technology, but the gap between rich and poor are as wide as ever.

“I guess the movie is trying to convey that we’re so far in the future that even the homeless people have completely adopted this new way of using currency.”

How crypto fits into the picture

It was then that Kim got the idea of using crypto to collect and distribute funds to help those in need.

“Basically, after that, I was thinking what if I can utilize that to more efficiently collect funds for the homeless people, and maybe I can go out and give them food?”

On April 28, 2019, Kim delivered his first four meals to the Philadephia homeless. Three years later, this organization has celebrated its third anniversary, feeding thousands globally through the help of crypto donations and a tireless volunteer network.

Kim said one of the main reasons he chose to use crypto was because of its decentralized nature. Funds can’t be frozen or locked away by authorities.

“The main reason I actually began the project with crypto is that I had really bad experiences with PayPal.”

The pharmacist said there have been more than a few occasions where PayPal would shut down or freeze accounts for varying reasons.

“I didn’t like the idea that there’s a central power that at any moment can do that […] So I was thinking, if I use crypto, it’s literally impossible for that to happen. I have ultimate control of it.”

The secondary reason, is that it significantly cuts down the hurdles to reimbursing his volunteers internationally, said Kim.

CFTHL’s model works by reimbursing volunteers who buy hot meals and hand-deliver them to homeless people in their local regions. Volunteers would provide receipts to evidence the food they purchased, and pictures of the homeless people receiving it. Upon verification that the act was authentic, Kim’s organization would reimburse the volunteers with the crypto of their choice.

“We’ve had a pretty significant amount of people volunteer for us overseas, and because we use crypto, I was able to just not really worry about any kind of wiring fee or anything like that.”

In a statement about CFTHL’s three-year anniversary, Kim said his organization “never set out to solve homelessness”, but rather to re-introduce the human aspect of charity – something which was “sorely missing from most other projects.”

CFTHL volunteers are required to seek out homeless people and deliver food to them personally in order to be reimbursed.

“[It’s about] physically [being] there handing the food out, like no matter where they are, especially if it’s the middle of the highway, or like under a bridge in their tent.”

“There’s one thing that bothered me about a lot of charities out there,” Kim told Cointelegraph.

“It felt like a lot of them were really cold, you know, they lacked the human aspect to it. If I donate to a soup kitchen or Red Cross, I wouldn’t really see the effects of it. I don’t think they post on social media or post pictures or anything like that, you know, so I’m not even sure what’s happening with the money.”

CFTHL tracks every donation received by the organization from its beginnings and provides a public ledger allowing those to see how the funds are being spent.

Crypto for the Homeless is still a relatively small organization, with only two full-time workers and around 10-20 volunteers operating on a regular basis. His organization has collected close to $75,000 in donations since being founded.

Kim runs the organization alongside working as a full-time pharmacist at CVS Pharmacy in Pennsylvania. The founder is hoping to push for an additional 3-5 volunteers over the next few years and to expand his operations to more countries.

To date, his organization has fed homeless people in the United States, Canada, Australia, New Zealand, Nicaragua, Paraguay, Thailand, India, and many others.